Running a Revolution: Ignoring the Naysayers

When I was a kid, I absolutely hated physical activity of any sort- ESPECIALLY running. Having to do any of those short sprints in gym class was some circle of hell, reserved for overweight kids who, incidentally, liked to sing and make up songs. (I can't imagine what twelve year old kid could have fit that description). And, after all, I had good reason- I was defective. As a young child, I was a freak of nature, bound for orthotics, with two ankles that one doctor suggested that my mother have "broken" and reset correctly so that they would heal to be something like a normal person's. My mother, being the slightly crotchety rebel that she is, never went back to said doctor.

When I got a little older, about high school aged, I did start to take interest in being able to run a little- a mile at most. It was at this time that another doctor took a look at me and noted that one side of my hips was a little higher than the other. I don't know that that is terribly uncommon, but it was impetus for him to declare that I would "never be able to run." It didn't mean much to me at the time, but as I have gotten older and embraced running as an enjoyable activity, I have thought about it quite a bit. Many of you know that running has been a means both of maintaining weight loss and developing emotional stamina for me. I started being able to run distances slightly over two miles and over during my time at LSU. In Santa Fe, in the time spanning the ages of 35-40, I worked my way up to a sometimes 6 mile course, over hills and at high altitude. I have faced the monster of running at 7,000 feet and ran in several 5Ks, both in Santa Fe and Arizona. And, while I am slow, I think I have defied the notion that I would "never" be able to engage in the activity. 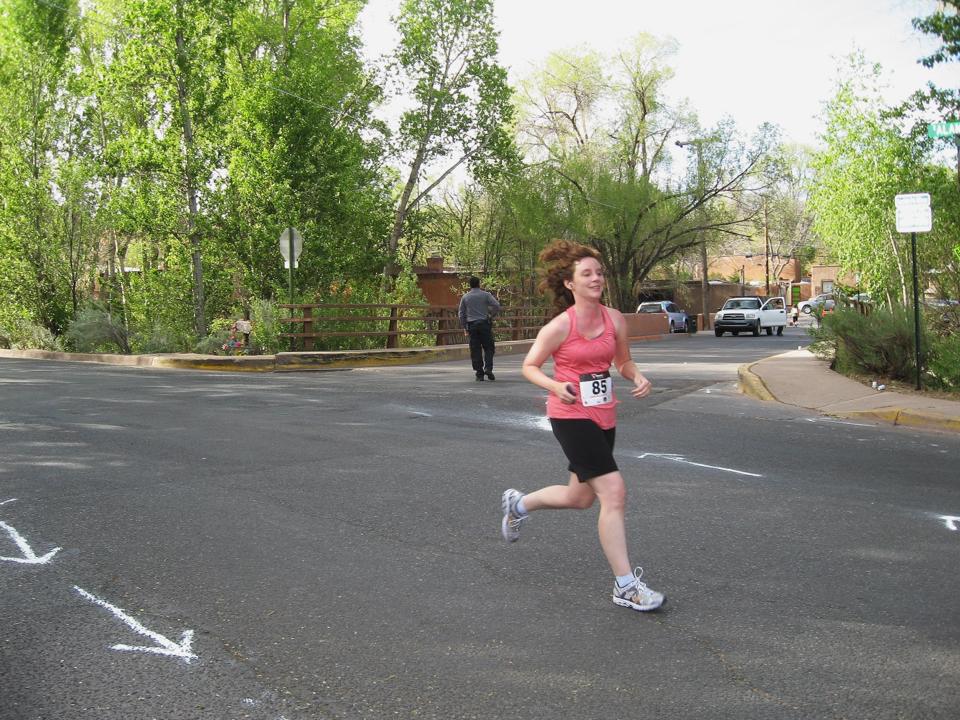 Running in the 'Santa Fe Runaround 5k' in May 2013. Photo by Ursula Marrolli.

This past week I had the opportunity to speak to the Dorcas Circle of the United Methodist Women at Trussville First United Methodist Church, and the subject matter turned out to be a dose of "getting to know Karen" and how I got to where I am today. As I developed my "talk," there were two themes: one, that I planned on one thing and quite another happened. Two, that I have typically NOT been the first choice of organizations when it comes to Choral Conducting or Music Ministry. I had to learn to be my own first choice and to work a little more diligently than the next guy to pave my way. Indeed, there are many things about my musical career that some onlookers would have said I could "never" do. And yet, here I am.

Just like conducting, it turns out that, yes, running is a little harder for me. As I write this I am working my way back from injury number 231, running a mile, walking a lap, then running another mile, etc. until things feel "normal," and getting serious about strengthening my core and hips on days when I don't run. Some of the injury is due to lack of exercise from the chaos of moving. Some of it is due to whatever wackiness the doctors saw happening in the lower half of my body. Some of it is due to my typical state of "I have no idea what I pulled this time or when I did it." But even as I begrudgingly lower myself to the run-walk routine, I know that I have run a 10K distance and I can do that again with a little perseverance.

I think one of the draws I have to running is that it is a challenging activity that, like so many other things, I have been told I could "never do." So when I am in decent shape and can pound the pavement for three, four, five, or more miles, I am actually stomping on all those ideas of "can't" and people who have intimated that I am somehow "less than" and creating my own future and possibilities. This is an important notion for any of us that engage in ideas that people say can't be done. Songwriters, conductors, artists... the creative brains in all of us need the capacity to tune out those who say that we "can't" and move them aside in our journey toward actually doing it. And, yes, sometimes our progress may be slow. But when you get to the end of the course you will be able to see how far you've come. And, don't forget, the most important person that you're racing against... is yourself. 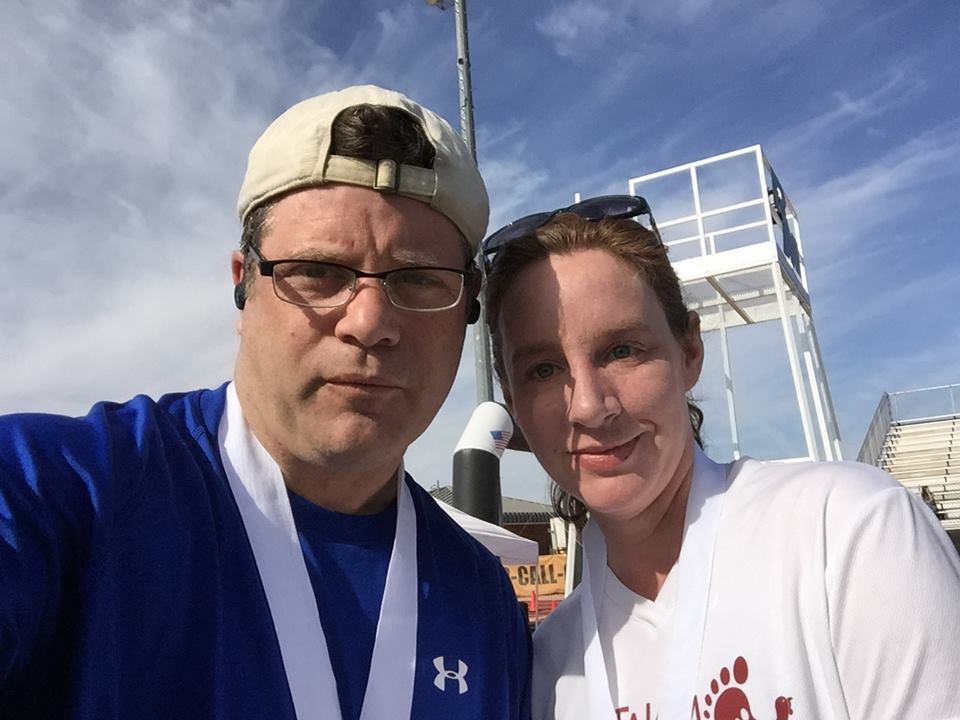 After the Inaugural Run3rd 5k in Mesa, AZ... in which I finished before Sean Astin. This is presumably only because he stopped to help a confused child, but we don't talk about that. Photo by Sean Astin (for realz).

What is it that people have told you that you "can't" do? And why are you letting that stop you?