"Though the Earthquakes Rage": Composing in a Time of Pandemic

I often get questions about what inspired a specific work, or how I get inspiration for pieces in general. Do I start with a text and set it to music, or do I start with a musical idea and write text that fits the music? The answer, in my case, is that all of those things are fluid. Sometimes I set out to set a specific pre-existing text, like a proper composer. Many times, however, I am not proper- a surprise to no one. I often end up writing my own texts, which can come before the music, after the music, or (most often) can bounce back and forth between the two. I can think of a fragment of text that inspires music, or I can hear a musical snippet or accidentally find a chord progression on the piano that suggests a text or a title. I’m not methodical or organized at all and I never know when the next piece will strike. But when it does start to come, it happens very quickly, usually spurred on by my curiosity of what will happen next. Inspiration comes from everything around me, whether it be a sermon theme that needs a new anthem, a commission on a specific theme or text, or current events and circumstances that inspire a musical response. One of those events that inspired, in fact required, as whole new way of composing was the coronavirus pandemic that began in 2020.

COVID has very much affected how many of us approached music making and composition over the past few years, and several of my pieces that are out now were directly spurred by the limitations put on all of us by the pandemic. At the very start of the crisis, we were constrained to only have a few people in the sanctuary, with no congregation, to do our livestreamed services. That left me at the piano, singing and playing all the hymns and service music. That scenario had me churning out a number of solo pieces that even I could sing and play simultaneously. A number were arrangements of hymns and spirituals, while some were brand new pieces appropriate to the day. “Be Still,” “God is Near,” “There’s a Wideness in God’s Mercy,” and “We Walk by Faith” were all part of that repertoire, and three of those pieces are now available as 2 and/or 3-part choral arrangements. The feeling was that, as choirs started to find their way back after the initial phase of COVID, they would need simpler pieces for reentry and probably smaller voicings, so “Be Still,” “We Walk by Faith,” and “There’s a Wideness” were written to be flexible enough to be performed by choirs of varying size. The most interesting genesis was “Be Still,” which started as a piano prelude extremely early in our livestreaming process. By the next week it had words, and I did it as a solo anthem. The words themselves were inspired by the unsettled events that all of us were facing; indeed, the improvised rhythm that I used for the original piano version was based on the mantra “Be still, and know that I am God.” Then, months later, I turned the piece into a choral setting that was premiered as a virtual choir offering to close Palm Sunday (as the turn into Holy Week) of 2021.

The impact of needing vocally simpler works to do with virtual choirs was also felt in a brand new release, “My Heart Shall Sing,” which was a piece commissioned by Austen Wilson for his church choir in Jacksonville, FL. He contacted me about it just before the pandemic hit and had a clear idea for a Lessons and Carols based on the Magnificat, to be broken thematically into three different sections and for me to choose a section on which to base my text. He was also interested in the idea of weaving a congregational hymn throughout. Then the pandemic hit, and rather than a live performance we were looking at something that would likely be offered virtually in Advent of 2020, so we decided that a malleable 2-part setting would work best for the voicing. I chose the middle section of the Magnificat, with its upending of known structures in favor of the poor and lowly and voiceless, and knew that Rory Cooney’s “Canticle of the Turning” would make a great hymn pairing. It didn’t hurt that Cooney’s paraphrase of the Magnificat is set to an adaptation of the Irish tune “Star of the County Down.” SO, if I wanted to make it REALLY Celtic, I could pair that tune with a complementary reel (I chose “Julia Delaney.”) To top it all off there is a newly composed tune that I wrote to set a new text, which is basically a series of juxtapositions (“the loud shall fall silent, the silent shall speak, the weak be made mighty, the mighty made weak”) that reminds us to follow the path of peace, even when the world is promoting war and loudness and power. The piece was ultimately done much later than anticipated, live in church, after choirs had started to regather. But the result is an anthem that can be done by a 2-part choir or an SATB choir by using some optional tenor and bass parts and by dividing the sections up in various ways.

The sheer situation affected the tone of the texts that I was writing. “Hope Waits” was written in response to a call for scores from a group called Voices of Hope. It was July of 2020, and I thought we all could sure use some hope amidst the ensuing pandemic and all of the societal upheaval around us. So I wrote this little text based on the idea that hope is a living, breathing entity that stands beside us and waits for us to choose it anew each day, and that even when circumstances cause us to feel buried and dead regeneration can be silently occurring (“Hope grows the bud now sleeping. Hope waits for you.”)

And then sometimes the restraints of the pandemic caused us to really go off the rails. In the summer of 2020, I composed “Come Unto Me” as a way of offering a really, REALLY flexible piece that could be done by a soloist, a duet, a trio, or a choir of distanced singers using aleatoric techniques. It could be done unaccompanied, or with the accompaniment which is basically a glorified drone. Since we were trying to use distance as a safety measure, having a simple sustained accompaniment and a portion that could be sung in an aleatoric fashion meant that the singers didn’t have to be together rhythmically- and you wouldn’t really want them to be. The result is something that could be beneficial and effective in a number of scenarios, even post-COVID. I also made a video for it, as having videoed anthems was a real benefit at that time, but Facebook seemed to insist that a portion of the video was stolen, because bots. (Spoiler alert: it was not). Fortunately, YouTube doesn’t seem to have that issue with this video.

Throughout history, circumstances have influenced the way that music had to be conceived and performed. In our little portion of the world, we’ve been privileged to not have to contend with such things in recent history, often to the point of rigidity in the choral world. The past few years have forced us to rethink the way composition and choirs can work, and I’ve been inspired by my colleagues and the inventive ways that they have pushed through under trying circumstances. And while I would have preferred that we not had to enter this crisis, with all of its upheaval and suffering and death, it had a direct influence on what I and many others have been creating. All of this has been part of the great procession of musical history, which continues on no matter what. Fear not. Be still. No matter what, the music always lives on.

“Though the earthquakes rage, though the tempests roll, though the storms conspire to destroy, be still and know that I am God. The earth shall rise again in joy.” 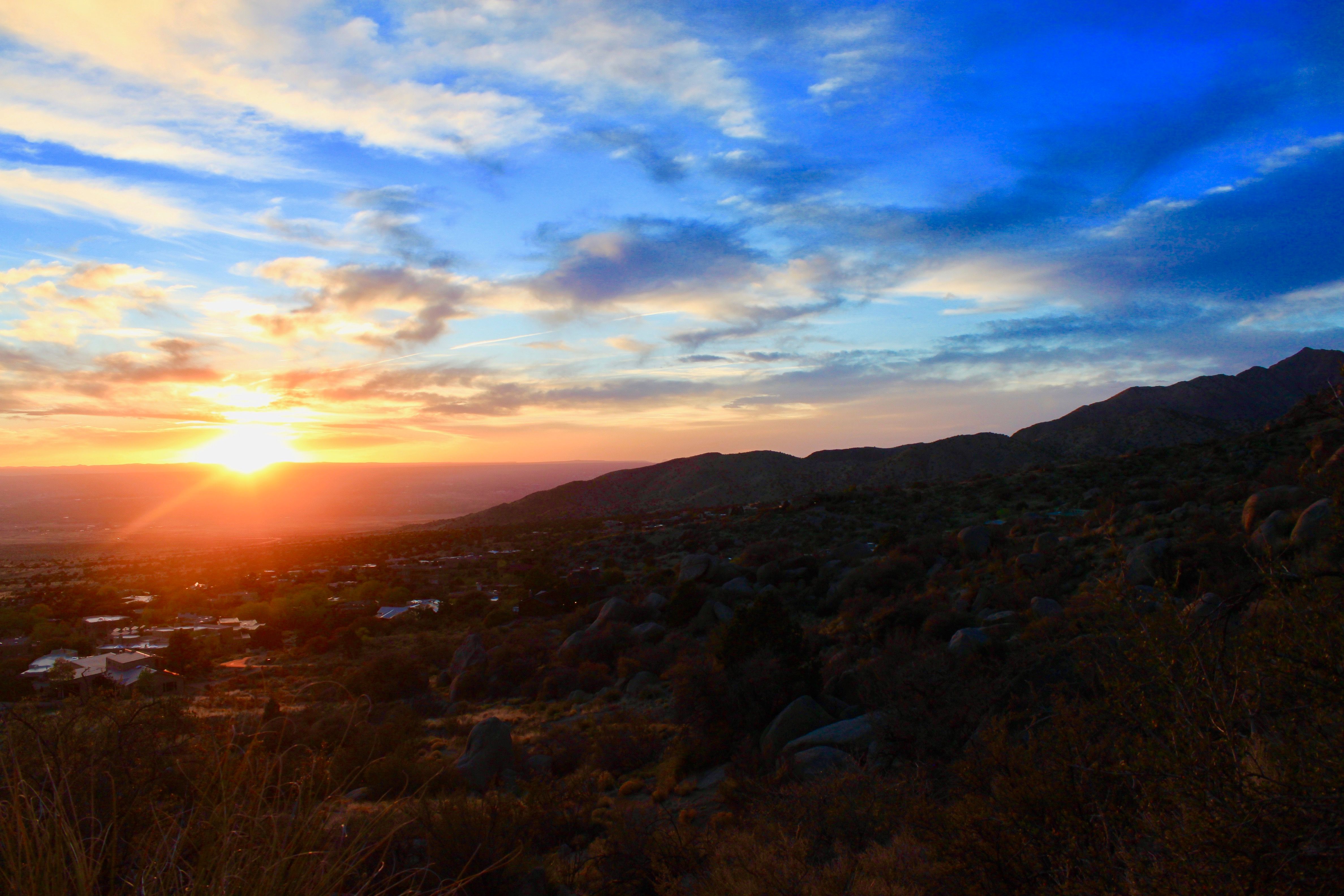